What Are the Types of Diabetes?

Glucose is a type of sugar that comes from food containing carbohydrates. Everyone has blood glucose. A certain amount is needed to provide energy to all your cells. Diabetes is a disease in which the glucose in the blood is higher than normal. High blood glucose is called hyperglycemia.

The body usually keeps blood glucose within a certain range by storing any extra glucose in other tissues. It does this with 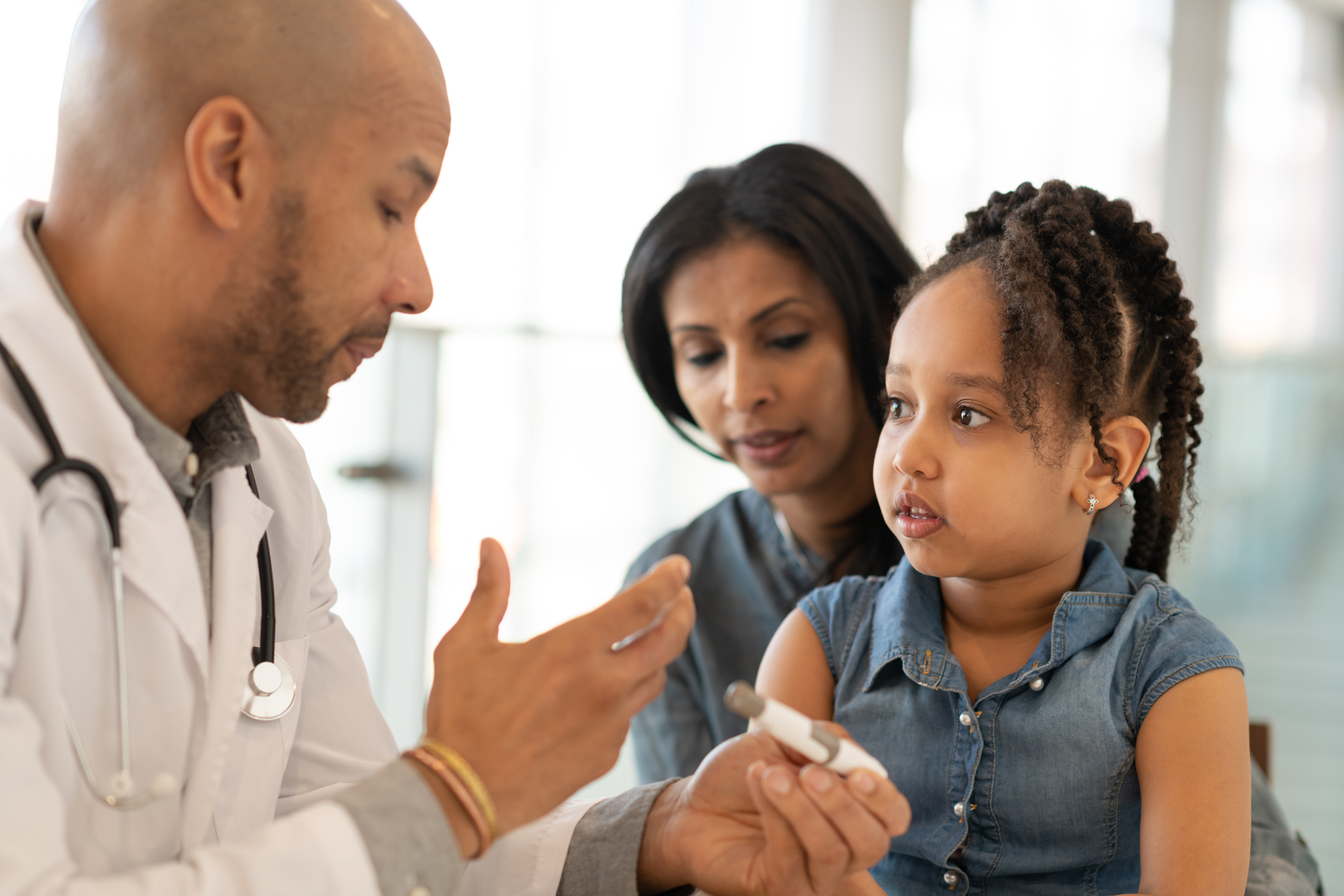 the help of insulin. Insulin is a hormone that is released by the pancreas when blood glucose begins to rise.

In diabetes, blood glucose levels are too high. However, there is more than one type of diabetes.

Type 1 diabetes is a common childhood condition. However, type 2 diabetes has been in the spotlight lately due to the increase in childhood obesity, as the two conditions are related. Both types of diabetes result from the shortage of proper amounts of insulin. The body needs insulin to use energy from food. Without insulin, cells cannot work the way they are supposed to. The energy comes from glucose that comes from food (carbohydrates). Insulin helps the glucose into the cell. In this way, insulin helps keep blood sugar (blood glucose) at a certain level in the blood. Blood glucose levels need to stay within a very narrow range or there can be harmful effects on one's health.

Type 1 diabetes (sometimes called juvenile onset diabetes) is one of the most common chronic childhood diseases. About one in 400 children and adolescents has type 1 diabetes.

The disease starts when the body destroys its own cells that make insulin. This is an autoimmune process, meaning that the body no longer recognizes certain cells as its own. The immune system starts to attack the cells the same way it attacks viruses and bacteria.

Type 2 diabetes (sometimes called adult onset diabetes) happens when cells in the body become less responsive to insulin over time. This is called insulin resistance. Pre-diabetes (impaired glucose tolerance) can begin before a person fully develops type 2 diabetes. Pre-diabetes means that cells are already starting to be less responsive to insulin. More and more insulin needs to be released in the body to have the same effect as before.

This is a group of rare forms of diabetes. They are caused by a single gene problem that leads to faulty insulin secretion. Unlike type 2 diabetes, usually, there is no problem with insulin's ability to work – insulin secretion from the pancreas is not consistent. This type of diabetes usually becomes apparent before age 25.

Genetic testing can be used to diagnose youth with MODY.  If someone in a family is found to have MODY, all family members should be screened to see if they also carry the mutated gene. Since the gene can be passed down to future children, a person with MODY needs to make decisions about whether they want to have genetic counseling when trying to get pregnant. Treatment of MODY depends on the cause and the severity of the high blood glucose, or hyperglycemia. For instance, about two-thirds of those with MODY diabetes do not require hypoglycemic medications, and diet therapy is usually enough to help control blood glucose levels.